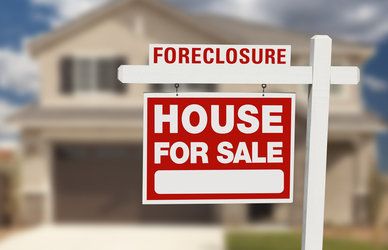 If your property is in foreclosure, or is at risk of foreclosure because you have fallen substantially behind in your mortgage payments, you may feel helpless and discouraged.  No one purchases a home expecting that one day he or she will be facing the dreaded f-word.  As a result, many people respond to the Notice of the Intent to Foreclose that they receive from their lenders by doing nothing at all, hoping perhaps that things will somehow just work out in their favor.

The good news is that you have options, even if your home is currently in foreclosure.  You still have the chance to emerge from your situation without having a foreclosure or bankruptcy on your record.  By making the best possible decisions given your circumstances, you may be able to achieve a fresh start with a bright and secure financial future ahead of you.

Time, however, is not on your side.  The longer you wait to explore your options, the fewer that will be available to you.  As a homeowner, you have rights – but in order to protect them, you must first be aware of them.

Can We Help?: Request a Cash Offer for Your Home

I just received Notice of the Intent to Foreclose from my lender.  What will happen if I simply do not respond? 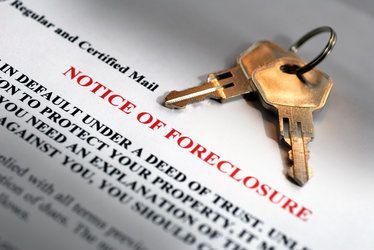 Foreclosure laws vary from state to state, and it is imperative that you know and understand the applicable laws in your state.  In the state of California, for instance, your lender cannot begin the foreclosure process until at least 30 days after contacting you with the intention to foreclose.  It is incumbent upon your lender to work with you toward a solution that would allow you to avoid foreclosure.

Once the foreclosure clock begins ticking, the worst thing you can do is nothing at all.  Eventually, you will lose your home, and you will be stuck with a black mark on your credit report.  By doing nothing, you are guaranteed to make a bad situation worse.

It is also in your best interests not to simply abandon the property.  By remaining in your home while trying to find the best possible solution to your financial dilemma, you have far more rights and protections available to you than if you leave the property vacant.

Is it in my best interests to work out a foreclosure avoidance plan with my lender?  For example, should I work toward a loan modification? 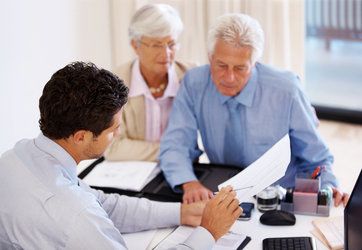 Possibly, but not necessarily.  Keep in mind that banks and other lending institutions are essentially debt collectors.  While they may try to convince you that they are working in your best interests, they will do whatever is necessary to preserve their bottom line.  If you work directly with your lender toward a foreclosure avoidance plan, be cautious of the information you provide.  Your lending institution will almost certainly try to obtain as much information as it can about you, all of which could later be used against you in some capacity.

Remember that if you do enter into a foreclosure avoidance plan with your lender, you will absolutely be expected to live up to the agreed upon terms.  Be aware of the terms to which you are agreeing; what might at first seem like a fair deal could end up encumbering you with even more long-term debt that you may eventually again struggle to repay.  If you do arrive at terms you feel comfortable with and are confident in your ability to abide by them, then such a plan may allow you to keep your home and avoid foreclosure.  If, however, you fail to abide by the terms, you will find yourself facing foreclosure once more – potentially with less leniency on the part of your lender.

If you are confident that your financial problems are temporary, contacting your lender and working toward a solution such as loan modification may be in your best interests.  However, if you wish to start fresh without having the threat of foreclosure or another bad loan hanging over your head, a pre-foreclosure short sale may be a better bet.

More: Short Sales: Your Options As a Homeowner

Will bankruptcy protect me from foreclosure? 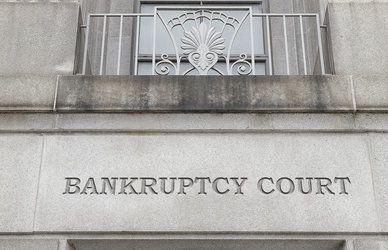 By declaring bankruptcy, you will temporarily halt the foreclosure process.  However, secured debts such as mortgages cannot be discharged by the courts.  During the actual bankruptcy process, your lender cannot so much as attempt to collect debt; however, once your bankruptcy is complete, you will once again be responsible for your mortgage payments.

For homeowners who can reasonably expect to catch up with their mortgage payments after the bankruptcy process is complete, bankruptcy might make sense.  Chapter 7 bankruptcy will at least delay the foreclosure process, buying time for homeowners while potentially resulting in the discharge of many of their debts, possibly including their mortgage.  Homeowners whose inability to repay their debts is strictly temporary may prefer to file for Chapter 13 bankruptcy, in which debts are reorganized rather than immediately discharged.  It is important to keep in mind that lenders in both scenarios will regain the right to foreclose on the property once the bankruptcy has been finalized; however, many homeowners are able to work with their lenders to keep their homes.

However, for homeowners who will not realistically be able to make their mortgage payments even after their debts are discharged, bankruptcy should be avoided at all costs.  Once the bankruptcy process is complete, lenders immediately go back into collection mode, and foreclosure returns as a very real possibility.  Many people who are attracted by the short-term benefits of bankruptcy ultimately lose their homes to foreclosure anyway.  As a result, they end up with both a bankruptcy and a foreclosure on their records.

If you are unable to make your mortgage payments due to a lack of funds, and you don’t expect that situation to change in the foreseeable future, bankruptcy is almost certainly not in your best interests – at least not with an eye on keeping your home.

More: Bankruptcy: The Advantages and Disadvantages for Homeowners

How will foreclosure affect my financial future? 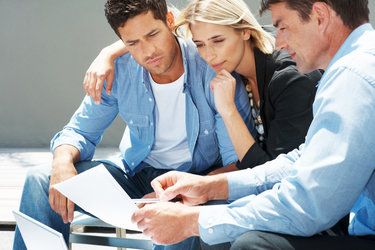 If your property goes through foreclosure, that foreclosure will remain on your credit report for seven years.  Even after seven years, you may have to make a written request to the three major credit agencies to have the foreclosure removed from your record.

In the past, it was difficult to nearly impossible to secure a loan or line of credit after a foreclosure, especially in the first two to three years.  Having a foreclosure on your credit report was also likely to affect your ability to rent an apartment or a house moving forward.  This has changed in recent years, with lenders being far more likely to extend loan and credit offers to former homeowners even in the first two years after bankruptcy.  Nevertheless, those that are approved for a loan or credit card usually have to accept higher interest rates than if they did not have the foreclosure on their records.

More: Five Things You Need to Know about Foreclosure 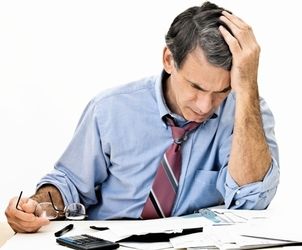 Homeowners who encounter sudden, unexpected financial hardships that are expected to be temporary may qualify for a forbearance, or short-term reduction or suspension of their mortgage payments.  If you have recently lost your job, for example, you may wish to explore the possibility of forbearance with your lender.  Be expected to provide proof of your ability to make your reduced payments (if payments aren’t suspended altogether).  Like bankruptcy, forbearance will buy you time, but it will not eliminate the threat of foreclosure.  Your forbearance will not be indefinite, although you may be able to work out a permanent restructure of your payment plan.

I can’t believe this is happening to me.  How many other Americans have been in my situation? 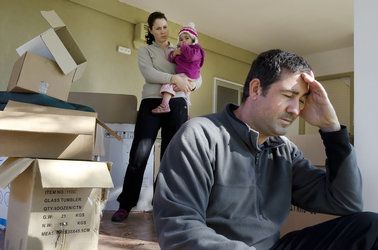 You may feel like you’re alone in your suffering, but according to a report released by CoreLogic, one of the most reputable providers of data and analytics in the United States, there were more than 4.1 million completed foreclosures between September 2008 and the end of 2012.  This number does not include homeowners who narrowly avoided foreclosure by either selling their homes or working out a loan modification with their lenders.

The news is not all bad, however.  In 2012, the rate of foreclosures in the United States fell for the second consecutive year.  There is debate among economists, however, as to whether this represents the avoidance of a second massive wave of foreclosures or rather a period of calm between storms.

What is the “One-Action Rule”? 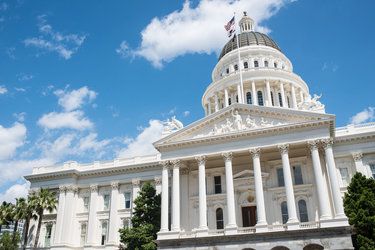 The “one-action rule” is law that is unique to the state of California.  The state passed the law to protect homeowners from multiple legal actions on a single debt.  Essentially, this law forces lenders to choose one action to pursue in their attempts to collect debts on a home.  They may pursue:

It is important that you know and understand your rights as a homeowner.  The California one-action rule is meant to protect you from harassment.

What is the California Homeowner Bill of Rights? 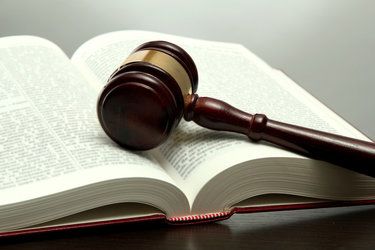 The California Homeowner Bill of Rights went into effect on January 1, 2013, further protecting the state’s homeowners against the unfair bank practices that forced thousands into foreclosure when it wasn’t necessary.

The Bill of Rights includes:

I’ve received a lot of offers of help from potential lenders and buyers.  Should I trust them? 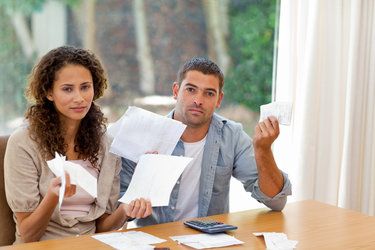 The moment you feel pressured into making a decision, especially if you receive an offer that seems “too good to be true,” proceed with extreme caution.  Trust your instincts.  There are plenty of people out there who are eager to take advantage of your situation and leave you facing even worse consequences than you would have before accepting their “help.”  Be suspicious of any lender or buyer that requires you to sign over your deed and promises to pay you once your property is sold.  Foreclosure avoidance scams are unfortunately common; these fraudulent lenders and buyers often take possession of the property for a short time, collect rent on it, and then allow the bank to foreclose on it anyway.  Worse yet, the homeowners in such cases are often still on the hook for their mortgages.

More: Seven Reasons to Work with Us

Why should I trust Fast Home Help?

Can We Help You?: Request a Property Privacy Audit™

If you want cash for your home now, and you want to make the threat of foreclosure disappear, we may be able to make that happen for you.  You can request an all-cash quote for your home without any strings attached.  If you decide that working with us is not the right choice for you, no problem.  You are facing enough pressure right now, and we won’t add to it. 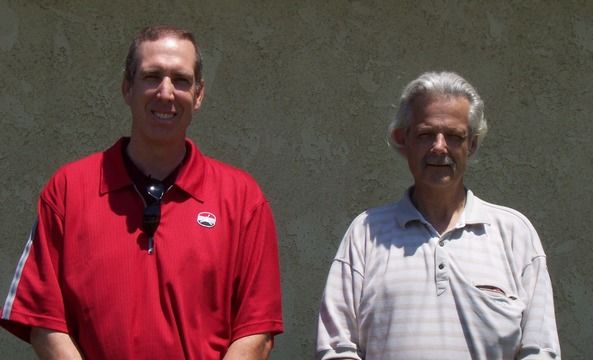 The sale was virtually worry free. I loved the fact that Ron bought my condo "As is", and allowed me to move on without having to spend the time, energy and 20 to 30 thousand dollars fixing up my property. Ron handled everything and I neatly sidestepped the hassle of retrofit issues, repairs, cleanup, and termite work. - William F.