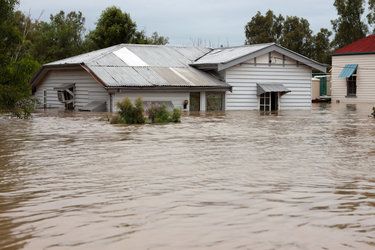 In October 2012, the entire nation watched as Superstorm Sandy devastated millions of lives and caused property damage totaling in the tens of billions of dollars.  Yet, for many of the storm’s victims, the nightmare didn’t end when the storm subsided.

Unbeknownst to thousands of homeowners along the Eastern Seaboard – and to millions of unsuspecting homeowners even now – flood damage is not covered by the average homeowner’s insurance policy.  Indeed, in one of the regions hardest hit by Superstorm Sandy – the Nassau and Suffolk Counties of Long Island – fewer than half of the buildings damaged were covered by flood insurance.  According to the Federal Emergency Management Agency, approximately 95,000 homes, businesses, and other buildings were damaged to some degree by the storm.  The owners of more than 52,000 of these structures did not have flood insurance.

Unfortunately, even in areas that are considered at high risk for flooding, most homeowners without federally backed mortgages do not have flood insurance.  Just seven years before Superstorm Sandy, Hurricane Katrina wove its historic path of destruction along the Gulf Coast.  In New Orleans alone, approximately 60 percent of the homes damaged by flooding were not covered by flood insurance.

It is important that you understand very clearly that if you own a home but do not have flood insurance, you will not be compensated by your insurance company for flood damage.  Under the vast majority of homeowner’s insurance policies, flood damage is not considered a form of water damage.

How could this affect you as a homeowner?  Unfortunately, if your home has already suffered flood damage and you do not have flood insurance, your range of options will be narrow.  You may qualify for a low-interest loan, or Fast Home Help may be able to make you a cash offer for your flood-damaged home.

If you are reading this page as part of research into flood insurance, we urge you to contact your insurance agent immediately to learn more about purchasing a flood insurance policy.  Although you may be able to purchase flood insurance through your existing insurance company, you may also be referred to the National Flood Insurance Program (NFIP), which is run by FEMA.

Who needs flood insurance?  What if I live in an area that isn’t at risk for flooding?

If you do not have flood insurance, it is most likely for one of these three common reasons:

If your home has been damaged by flooding, and you do not have flood insurance, we cannot stress enough how important it is to insure your future home against flood damage.  Many homeowners that suffered flood damage during Tropical Storm Irene in 2011 remained uninsured the next year when Superstorm Sandy struck.

How do insurance companies distinguish between flood damage and water damage?

For the purposes of insurance companies, a flood is classified as a temporary rising of water on land that is normally dry, causing general damage to multiple properties.  Flooding can occur due to:

The sort of water damage covered by most homeowner’s insurance policies does not rise from the ground, but rather comes into contact with the home before it hits the ground.  For example, if a heavy rain causes water to leak through your roof or water escapes into your home due to a burst pipe, the resulting damage will most likely be covered by your homeowner’s insurance.

Flooding caused an electrical fire in my home.  Will my insurance company cover the damage caused by the fire?

Most homeowner’s insurance policies will cover damage caused by fire, explosion, or theft, even if that damage resulted from flooding.  Therefore, your insurance might cover the damage caused specifically by an electrical fire caused by a flood, even if it does not cover any of the water damage.

If your home has suffered flood damage and you want to know more about your rights and options as a homeowner, don’t hesitate to contact Fast Home Help today.